Please welcome Angela Christina Archer to the blog today and learn some fun facts about her and her new release.

The Woman on The Painted Horse  released by Soul Mate Publishing.

What is your favorite childhood TV show and what do you remember fondly about it?

I had the biggest crush on Kevin and it sucked that he was so in love with that foolish Winnie Cooper. It drove me insane that every week I would have to watch Fred Savage fawn over Danica McKellar.

I wish they would release the series on DVD, but because of music laws for some of the background music, they can’t sell them.

I loved that show!

What was one of your favorite songs/bands in high school?

I don’t know about high school, because my music taste was all across the board. However, with that said, my all time favorite band ever is Def Leppard.

I was almost able to meet them several years ago.

My sister’s Mother-in-Law was the band manager for Foreigner back in the 80s/90s. Anyway, they were touring with Def Leppard about seven or so years ago and were coming through Reno. So of course, through my connections, I was going to get to meet them. Hubs and I bought some tickets (last minute) off Craigslist. Turns out they were stolen tickets. Cops were called, it was a big mess and of course, I didn’t get to meet them. I was crushed.

What is your favorite decade and why?

Back To The Eighties from DanPerezFilms on Vimeo.

Without a doubt best decade ever!!

From the big hair to the clothes to the movies, everything about the 80’s was awesome.

I am going to have to agree with you there. And Valley Girl?

One of my favorite movies. “Like, oh my God, gag me with a spoon.”

I grew up in Southern California and like, it was sooo bitchin’!

And now…The Woman on The Painted Horse 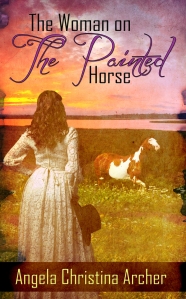 A young woman defying the laws of her country, a young man hungry with greed and power, a brave soul who falls in love with one he shouldn’t; all three caught in a country divided by war and a forbidden love torn apart by blackmail and disparity.

Alexandra Monroe is a slave smuggler, smuggling slaves north where they can live as free people. Her crime is sedition and her punishment, if caught, is death.

The daughter of one of the wealthiest men in Montgomery, Alexandra lives a life not by her own accord, but a life she
willingly accepts for her secret quest to save the lives of slaves. Her ultimate sacrifice is to marry the town’s most eligible bachelor, Thomas Ludlow—who has deadly secrets of his own.

One afternoon, Alexandra comes face to face with handsome William Graysden. Although, forbidden for his Creek Indian heritage, he captivates her. They fascinate one another, and ultimately find in each other a bond they don’t wish to ignore. After a series of events; however, William must face the choice to continue the dangerous pursuit of Alexandra’s affections or forget about her.

Living on a ranch in Oklahoma, she spends her days enjoying the outdoors with her husband and children, riding and showing horses, gardening, chasing around her many farm animals, and of course, putting her passion to pen and paper.

Born in Nevada, Angela and her husband made the bold choice to move halfway across the United States, away from all they knew. They have no regrets and have never looked back. Life on a farm can be hectic with children, horses, a dog, a cat, chickens, goats, and the summer frogs that love to take up residence in her backyard, but she wouldn’t have it any other way.

Horses from Ben on Vimeo.

Thanks so much for being here Angela, and letting us get to know more about you and The Woman on The Painted Horse!

3 thoughts on “NEW RELEASE: THE WOMAN ON THE PAINTED HORSE” 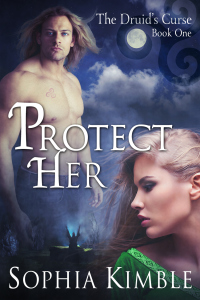 Find me blogging on Paranormal Romantics on the first of the month.